Ellex has been ranked 1st by deal count in the Eastern-European mid-market and small-cap market segments in Refinitiv’s newly published legal advisory league tables of the first quarter of 2022. 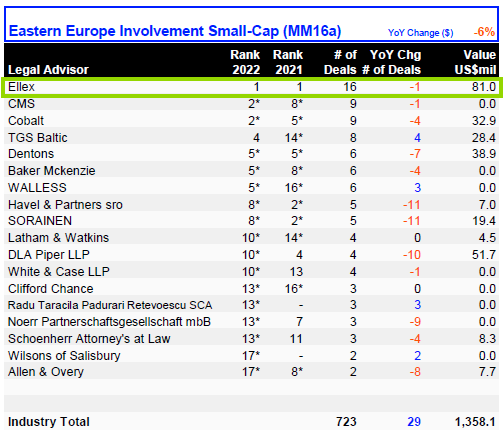 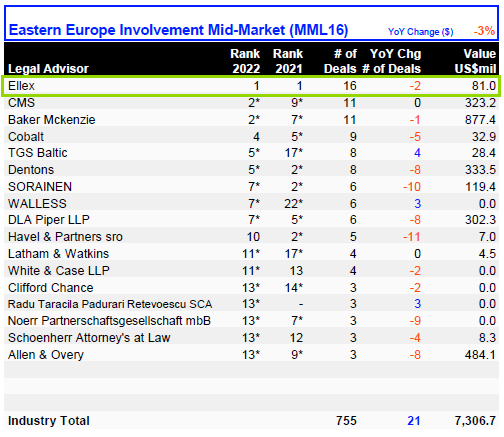 In addition, Ellex is the only Baltic law firm ranked in the Nordic involvement tables, ranked 6th in Mid-Market and 5th in small-cap market segment. It is a great recognition to be the highest-ranked Baltic law firm among the most reputable Nordic firms.

Some of our recent highlights in 2022 include advising

Refinitiv rankings (formerly the Financial and Risk business of Thomson Reuters) are a recognition of the outstanding service provided by Ellex to its clients, which is based on our reputation and experience in the field built up over decades.

We advise on a wide range of matters related to public and private M&A with a particular focus on complex, cross-border transactions. Our experts have advised on major deals locally and globally, both as independent advisors and by working closely with the best law firms in Europe and beyond. More information about related projects and experts in this field can be found here.